• It’s amazing that if you are doing the speed limit and you take your foot off the gas when you see the sign that tells you that there is an imminent reduction of speed ahead, by the time you get to the “__km/hr Begins” sign, you are usually doing the new speed limit. No braking necessary. Amazing. • You actually might not want the slower person in front of you driving as fast as you would like (speeding, in other words) — back off. People need to control a huge, heavy piece of metal at a speed they feel comfortable handling.

• I am a more patient driver than passenger. 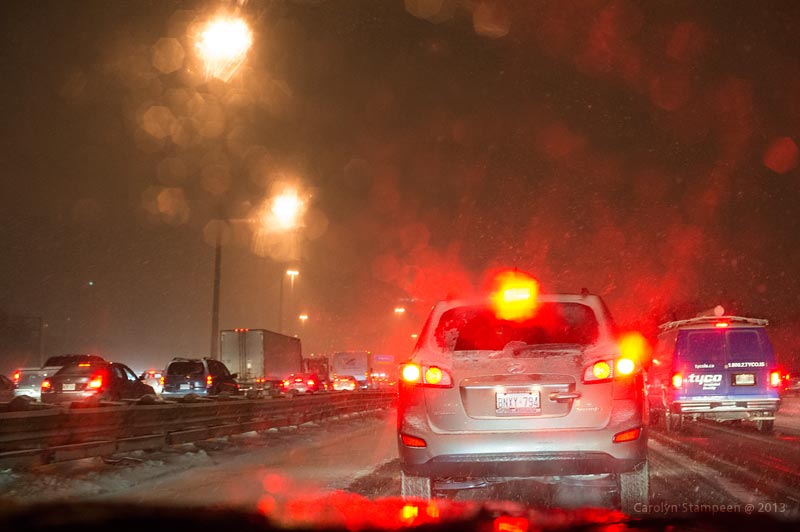 • As a passenger, I don’t like fast accelerations; as a driver, it’s kind of fun going from 0 to the speed limit in the blink of an eye, particularly when “that special someone” has been glued to my rear end for a while.

• As a passenger, my fellow yells at me for doing 2 km/hr over the speed limit; as a driver…

• Based on other streets I’ve driven, I don’t understand why the speed limit on Beechwood Dr is 40 km/hr.  I’m probably the only one who obeys it. 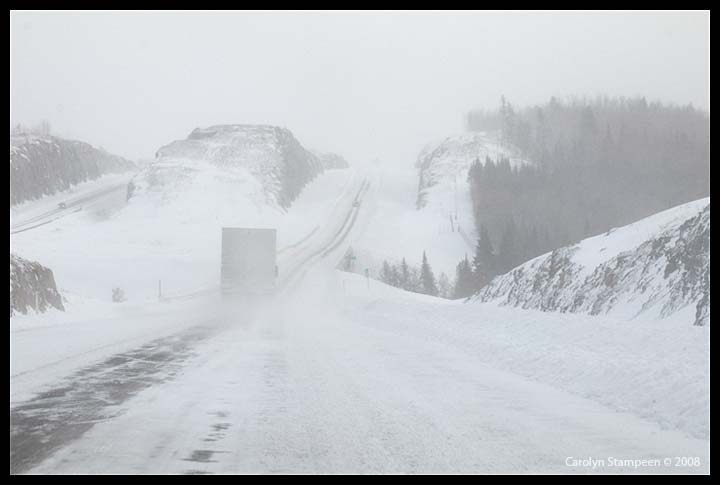 • City roads are not necessarily in better shape than country ones; in fact, they can be quite the contrary.

• Teenagers getting out of school are more unpredictable and hazardous than wildlife along rural highways.

• When driving in the country, the number of animals jumping out from the sides of the road goes up exponentially when I am in the driver’s seat rather than the passenger seat. In other words, no camera in my hand. Maybe I should mount a goPro.

• My fellow finally acknowledged that I was a good driver “because I always brought the car back in one piece.” 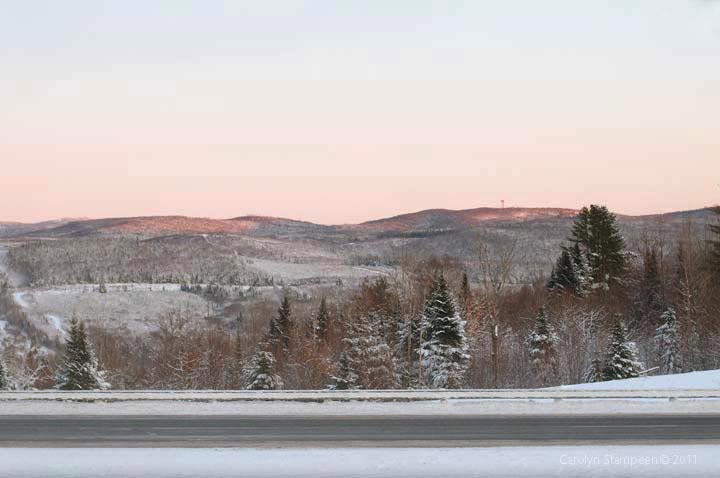 I can’t wait for quiet country highways and byways of the east coast, driving with the roof down, breathing air that feels good to inhale.

All images here were taken as a passenger. Like I needed to mention it. A license to drive isn’t a license to be an idiot — though, that’s another observation, as some folk drive as if they think it is.

As for photographing in a moving car — it’s all about shutter speed.  When driving at highway speeds, if I am pointing straight out the side window, I use a minimum shutter speed of 1/1250th sec.  For straight ahead, at least 1/500th sec. I will adjust my ISO to allow for whatever depth of field I’d like.  If there are trees that I am shooting past, I’ll manually prefocus my camera so that I’m ready for the break in the trees to whatever is behind them.