Saved by the Raw 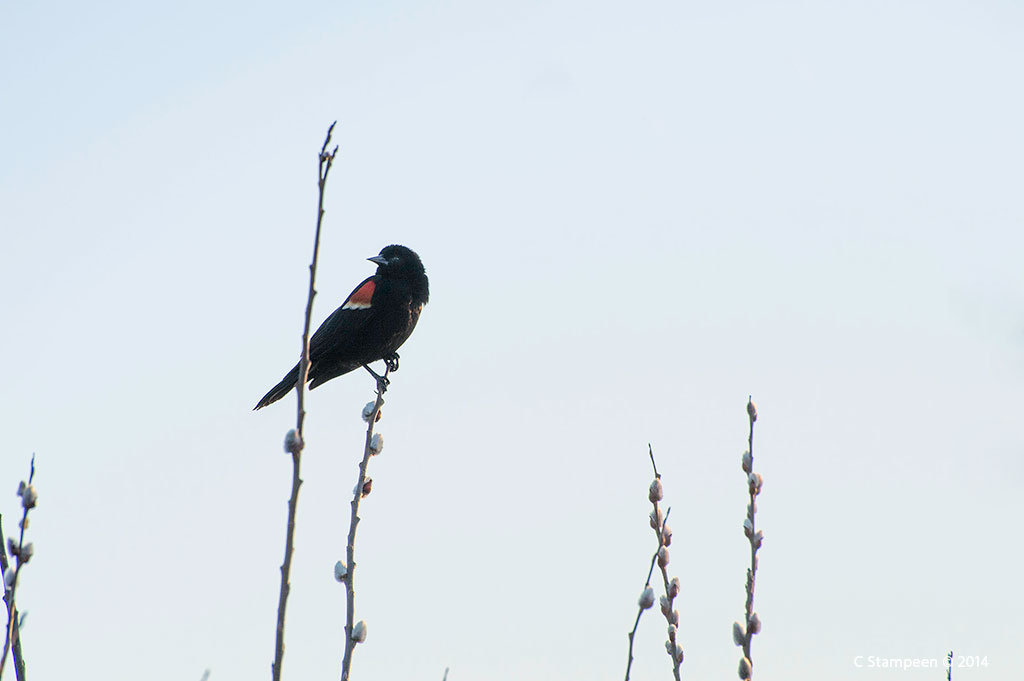 Pussy willows and Red-winged Blackbirds: in other words, spring. I was thrilled to see a blackbird on a pussy willow branch.  The lighting was a problem, as it was more behind the scene and though I was able to lean a little bit to catch some light along the edges, I planned on this shot being a silhouette.  I knew that I didn’t have much time to fiddle before the bird flew away, and I was right, so waited for a profile shot in which I could see the beak and both feet, then clicked. I moved a little to the right to try to get that foreground branch out of the way, but that movement was enough to make the critter fly off.

When I looked at the shot later, I was happy — I got a few silhouettes that I liked.  I pondered taking out the branch that went in front of the bird to better have the silhouette I was looking for.  But then I was curious as to how much detail was actually hidden in the RAW file.  I was pleasantly surprised to find out that there was more detail than I had seen with my eyes at the time I took the photo, including a lovely soft catchlight in the bird’s eye and the orange and yellow of his shoulder. I prefer the image above to my original intention.

Below is another silhouette, this time in much stronger lighting. Sparkles in the water in the background are breaking up into a pretty bokeh and I took the photo when the bird turned its beak into profile, catching some defining rim lighting.  I used a slight Shadows/Highlights tweak in Photoshop to bring a little separation of the top leg from the body; otherwise, that leg would have been invisible except for the foot on the cattail stalk. 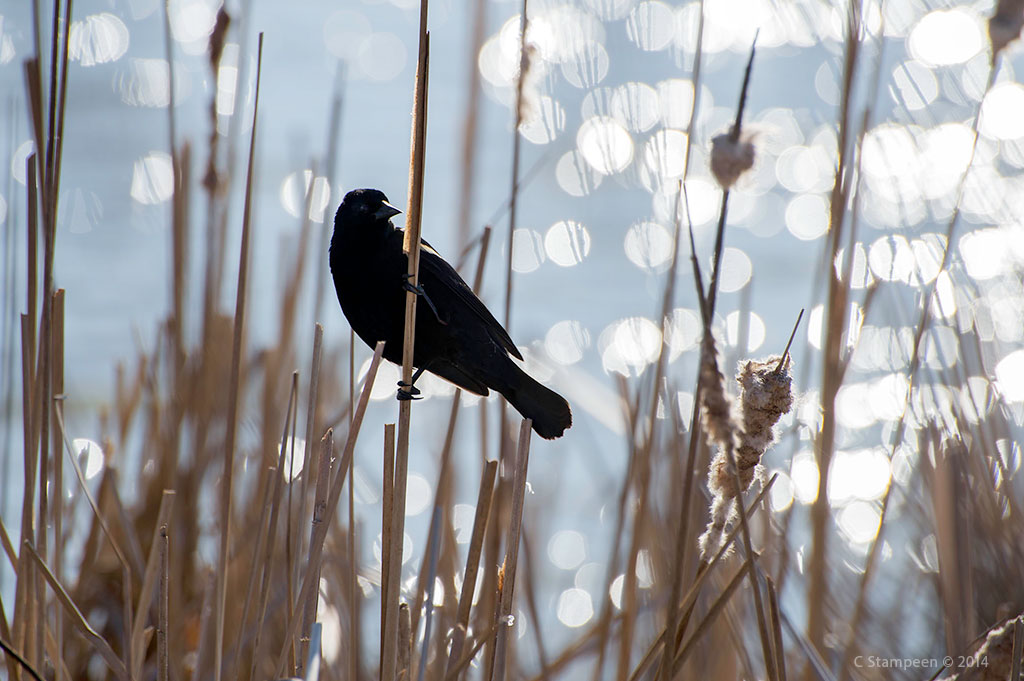