The Salesman and The Cat 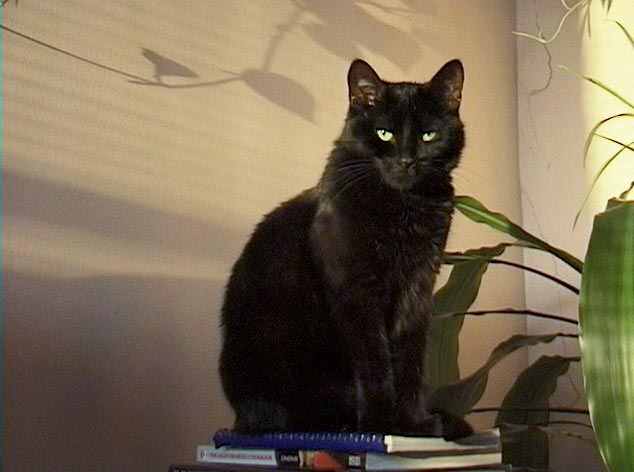 I work from a home office.  This has its perks and its challenges, like anything, and to make things more complicated, the perks and challenges don’t always sit in separate categories. For instance, it’s great to be able to work undisturbed for long hours.  But sometimes that wonderful solitude can be a bit tedious.  It’s nice being able to have some conversation that doesn’t involve purrs and meows as responses during the day. So…one day, when a knock sounded on the door, while I knew that it was only a salesman who would be trying to sell me something I didn’t want or need, I opened the door.

There he stood, the salesman who would try to sell me a phone plan.  I stepped out into the hall, because I wasn’t going to invite a man I didn’t know inside. Because I had two cats that I didn’t want out in the hall, I quickly closed the door behind me.  Not fast enough!  I scooped my littlest beast into my arms before she could get past my feet. Kitty 2 was on the other side of the door now, waiting for her chance, so I just held onto Kitty 1 rather than have to deal with two quick little critters that didn’t enjoy having a door between me and them.  The salesman began his pitch.

My littlest cat was a Class A Wiggleworm and she had a predilection for heights.  She wasn’t content to stay snuggled in my arms for very long and managed to wriggle free and climb onto my shoulder. I didn’t want unwilling claws to put holes in my sweater by pulling her down and she wasn’t running around the halls, so I let her be.

My littlest cat was tired of her shoulder perch.  She liked heights and there was a higher place yet. So…she climbed on top of my head.  I didn’t want to have to fight pulling her claws out of my hair, and I knew where she was, so I let her be.

Then…the crack appeared. It was in a form of a quiver in the corner of his mouth. He continued, however,  as if trying to sell to a woman with a cat sitting on her head was a completely routine thing…while that quiver kept pulling mercilessly. It was truly a testament to his desire to sell that he held out as long as he did. He finally seemed to have won the battle with the quiver when he calmly said, “excuse me, please.” He walked into the stairway and started laughing uproariously.  He collected himself, came back, no trace of a smile on his face as he resumed his pitch. But he was done.  He lasted maybe 5 seconds, took another look at the cat perched serenely on my head, “I really apologize, ma’am, but I just can’t help it!” And broke down again in uncontrollable mirth.

He didn’t make the sale, but, honestly, if I had had any inclination of buying the product, I would have just because it was a ridiculously hilarious situation and it was truly amazing how long he had held out. I do wonder how many times he told the story of trying to sell to a lady with a cat sitting on her head.

Related: The Watchtower and The Cat 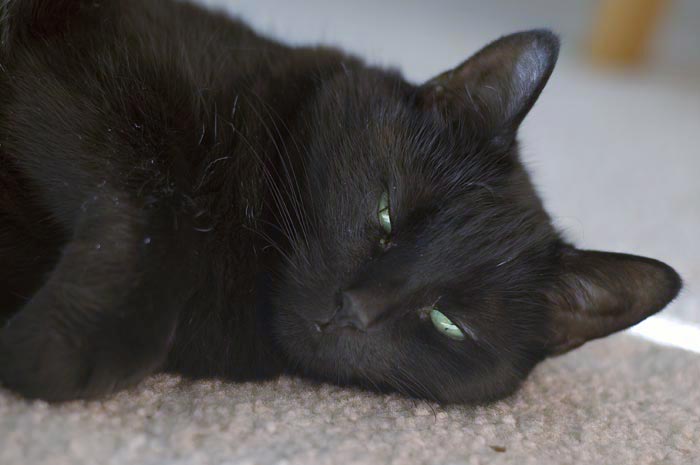 4 Responses to The Salesman and The Cat