I like to walk in the zoo.  In a city that is pretty flat, the zoo is located in the Rouge Vally and provides a much more challenging place to walk. The scenery ain’t bad, either.  The biggest workout comes from entering the Canadian Domain. It’s in the back of the park, one descends into a low part of the park and then needs to climb a pretty steep hill to get out. This is the home of the grizzly bears. 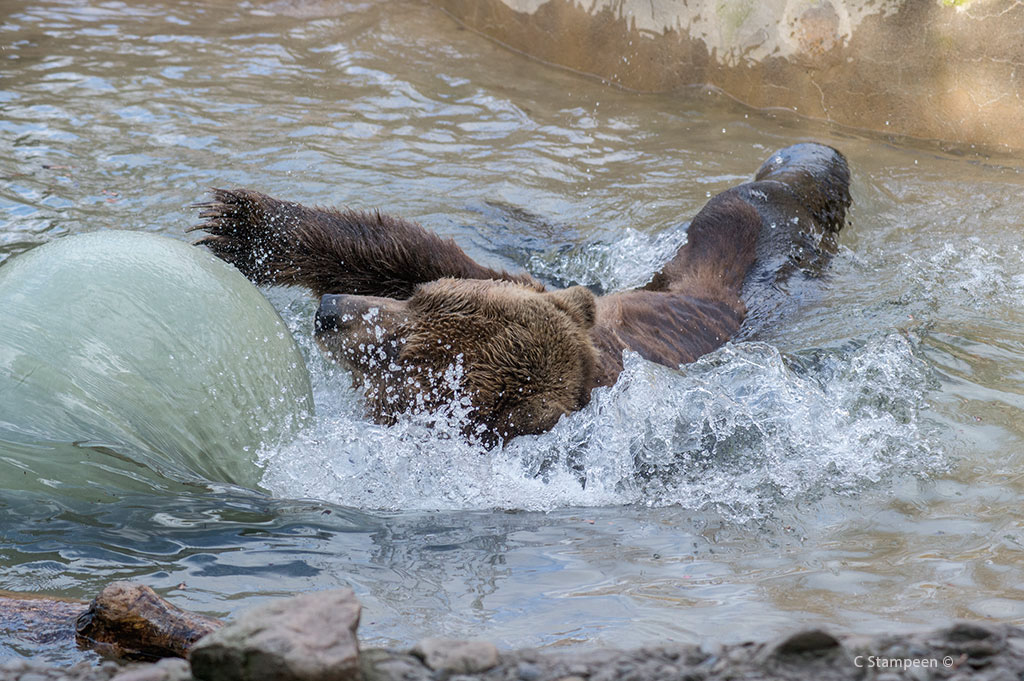 I usually peek in on the grizzlies as I wander around this area, but I usually time it while they are sleeping, or maybe one is walking around for a bit before curling up for a nap. This day, I arrived a short while after the keeper talk, so both bears were active and walking around.  The female wandered up to the top of the “dens” and dosed off in the sun.  The male found an orange, walked around the pool carrying the orange in its mouth, dropped in into the pool, then followed it in. What happened next was a delight to most of the others who happened by.  I say most, because the expression “you can’t please everyone all of the time” is based on truth.  One to my left expressed dismay that the size of the bear couldn’t be appreciated while it was in the water.  As he seemed to be in no hurry to leave the water, she and her friend mosied off after a few minutes, claiming it was too cold to stand around.  The rest of us enjoyed watching this otherwise intimidating creature play like a 2-year-old in a bathtub, albeit a very strong 2-year-old. He frolicked; tossed his toys into the air; managed to get a really great bounce on that ball several times; discovered that logs do not bounce, though they toss quite well;  stuck his face into the jet of water that feeds his pool; stuck his head underwater to blow bubbles with his nose; ate his orange, not in the single bite one might expect, but leaving the orange peel intact (it had been pre-sliced). When I reluctantly left about an hour later, he was still playing in that pool. 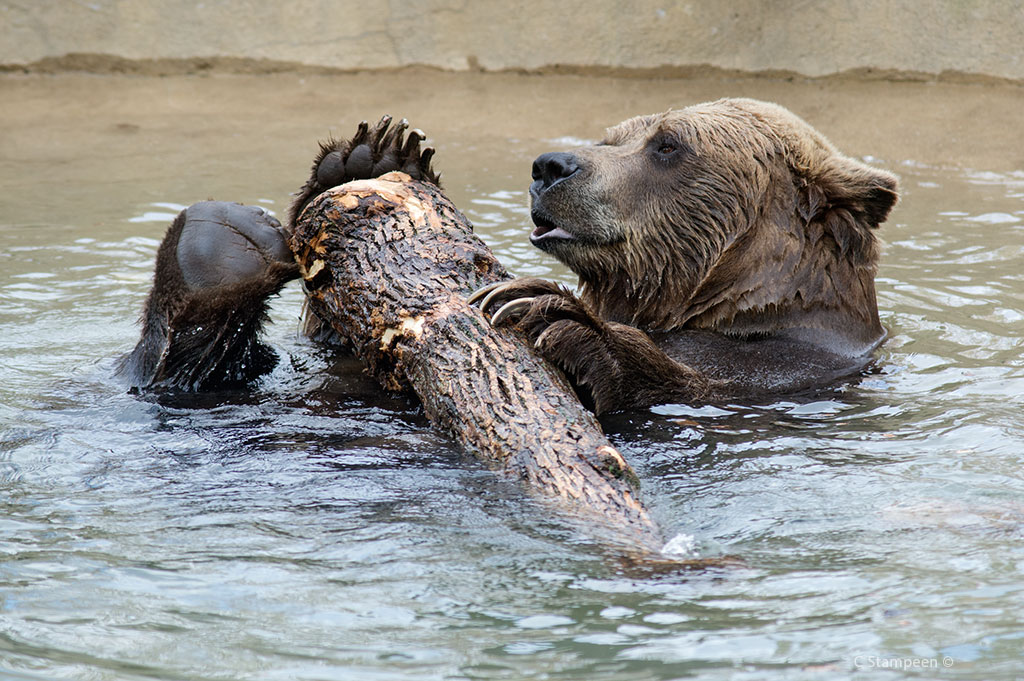 This entry was posted in Animals, Ontario, Toronto Zoo. Bookmark the permalink.