The Watchtower and The Cat 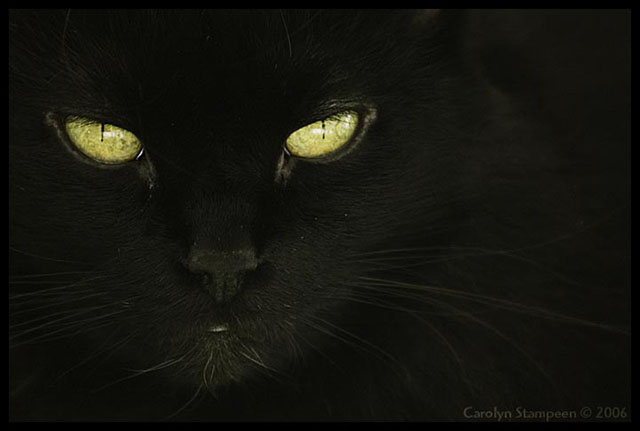 When I came up for air after a busy morning, I realized that I was quite thirsty, so I got up and headed to the kitchen for a glass of water.  This lead me past my living room and kitchen windows, where some motion in the parking lot caught my eye.  Two rather well-dressed, older women were heading into the building.  They did not belong so I knew that it was only a matter of time until they worked their way up the building and a knock would sound on my door.  I poured the water, headed back to my computer, and pondered whether I would open the door.

The knock came. I decided, what the heck. Sales people of any kind stay on the outside of my apartment, so I stepped out into the hall, quickly closing the door so that my two fuzzy, little kitties wouldn’t have an opportunity to escape. One sales person talking about a crazy lady with a cat sitting on her head was enough, I thought.

The conversation began.  The two women were pleasant and sweet and chitchatted about this and that, then began to more directly discuss the ills of society.  I occasionally murmured agreement when I felt it appropriate, waiting for the punchline, as it was clear they were heading towards an intended goal. Finally, “…and do you know what the cause of all these problems are?”

Here it was, the point of the conversation!

With a solemn expression, the plumper of the two women uttered, “Satan!”

As if on cue, a black furry arm swiped under a little gap at the bottom of my door, claws snagging my sock, pulling my foot into the door with a thump.

I laughed, “My cat.  She hates having a door between us and I guess felt she had been patient long enough.”

My foot was now extricated from the claws, but the two women gave the still-visible black, groping arm an uneasy look, relaxing a little when I assured them that the cat’s name was not Satan.  If you read The Salesman and the Cat, this was Kitty 2, sweet, long-haired, and more needy. When I spoke to her through the door, there was the sound of a miffed meow and the black arm withdrew.

I declined the offered Watchtower, thanked the women for a lovely conversation, wished them a wonderful day, and think they looked relieved when I stepped back inside to face whatever black beast truly awaited, that had responded to the naming of Satan. At least it meant that whatever thing was there was safely contained. For the time being, anyway.

Related: The Salesman and The Cat 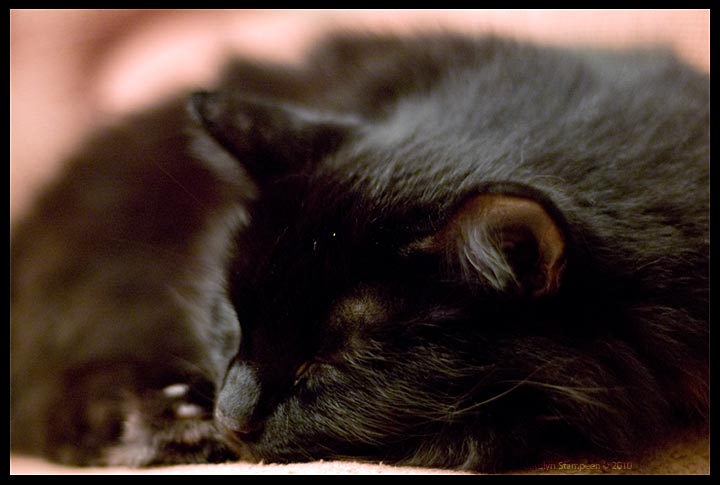